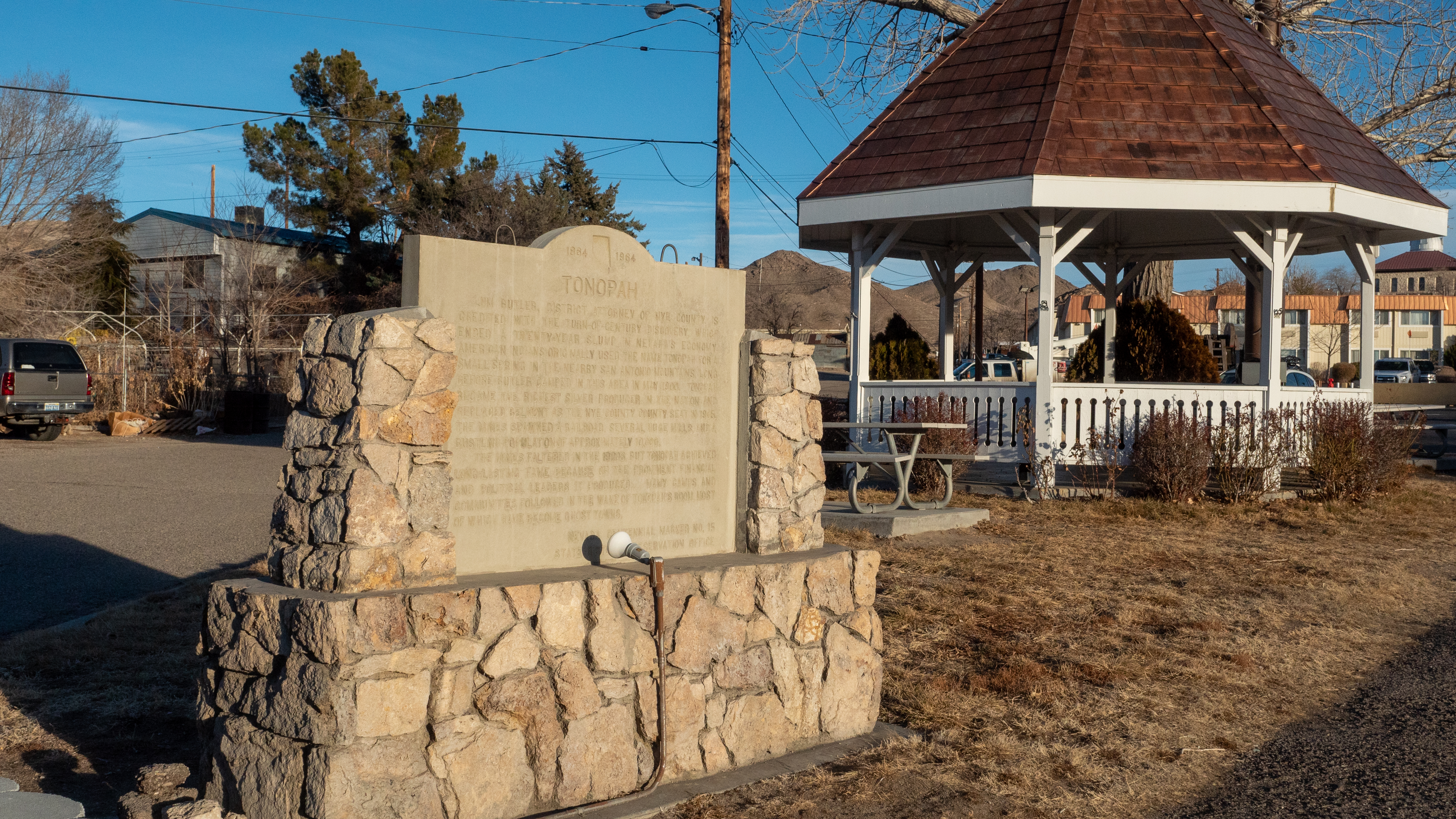 Jim Butler, District Attorney of Nye County, is credited with the turn-of-century discovery, which ended a twenty-year slump in Nevada’s economy.  American Indians originally used the name Tonopah for a small spring in the nearby San Antonio Mountains, long before Butler camped in this area in May 1900.  Tonopah became the richest silver producer in the nation and replaced Belmont as the Nye County county seat in 1905.  The mines spawned a railroad, several huge mills, and a bustling population of approximately 10,000.

The mines faltered in the 1920s, but Tonopah achieved long-lasting fame because of the prominent financial and political leaders it produced.  Many camps and communities followed in the wake of Tonopah’s boom, most of which have become ghost towns.