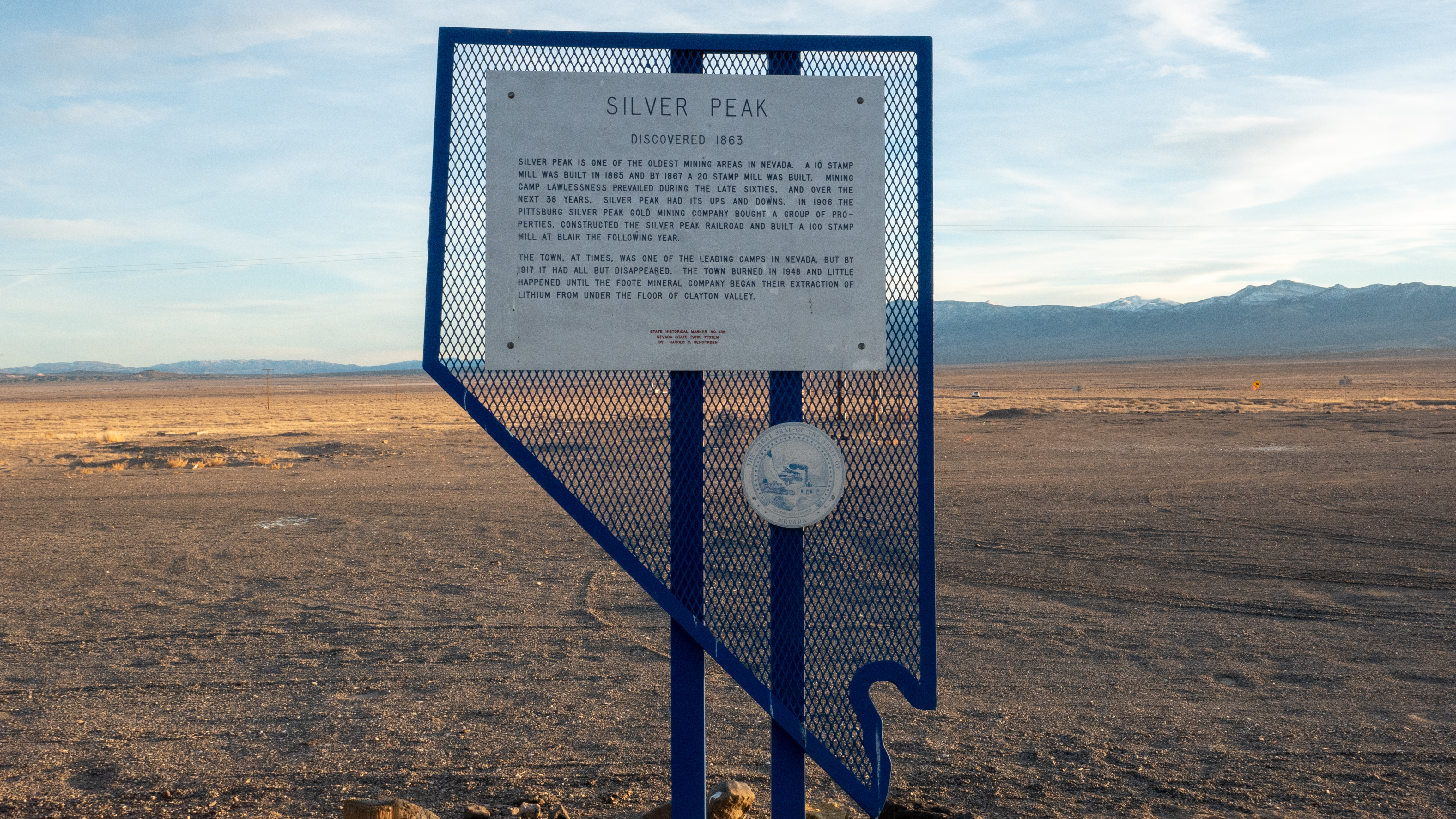 Silver Peak is one of the oldest mining areas in Nevada.  A 10-stamp mill was built in 1865, and by 1867, a 20-stamp mill was in operation.  Mining camp lawlessness prevailed during the late 1860s and over the next 38 years, Silver Peak had its ups and downs.  In 1906, the Pittsburg Silver Peak Gold Mining Company bought a group of properties, constructed the Silver Peak Railroad, and built a 100-stamp mill at Blair the following year.

Silver Peak was, at times, one of the leading camps in Nevada, but by 1917 it was abandoned.  The town burned in 1948 and little happened until the Foote Mineral Company began extraction of lithium from under the floor of Clayton Valley.