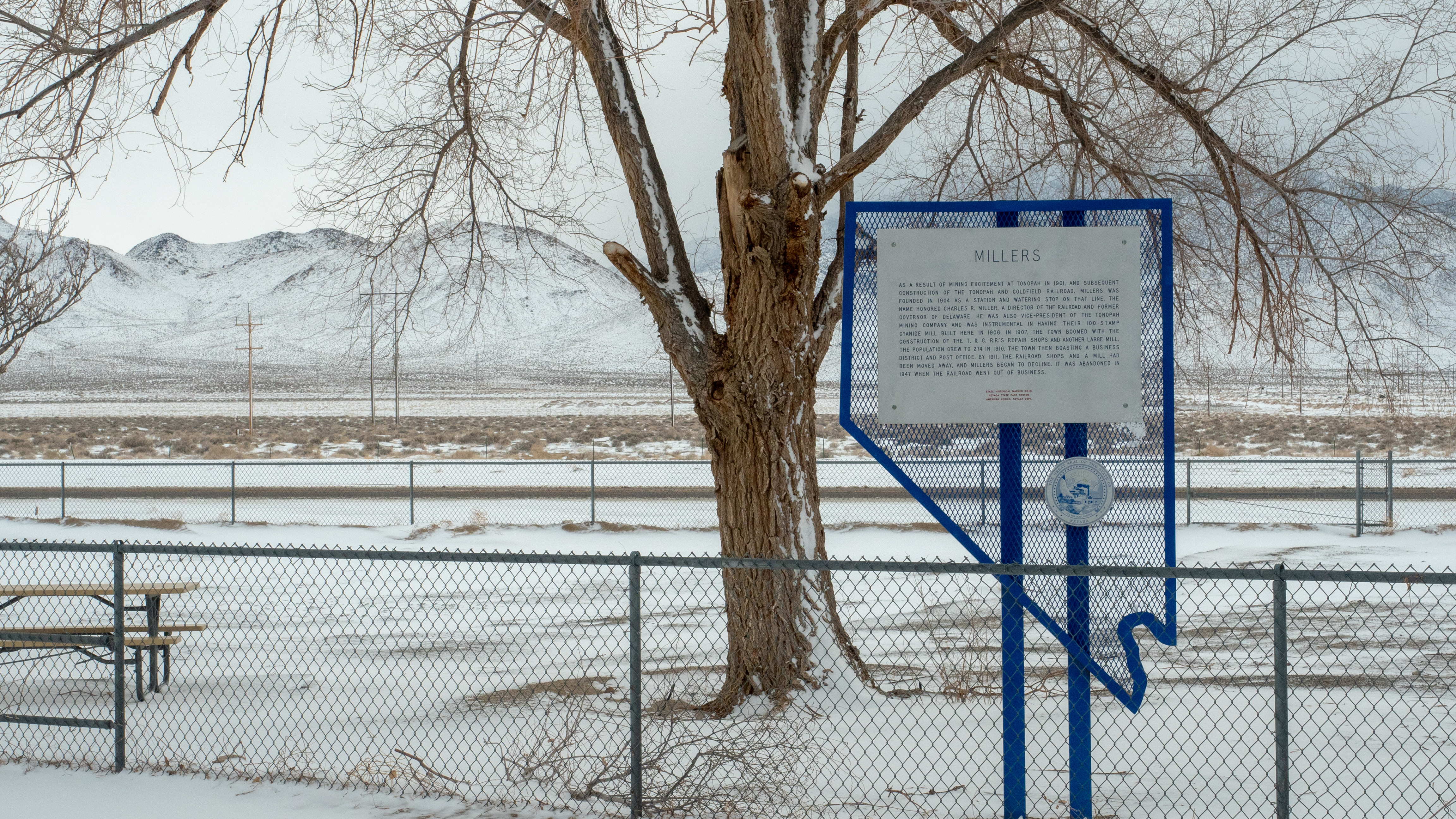 As a result of mining excitement at Tonopah in 1901 and subsequent construction of the Tonopah and Goldfield Railroad, Millers was first founded in 1904 as a station and watering stop on that line.  The name honored Charles R. Miller, a director of the railroad and former governor of Delaware.  He was also vice-president of the Tonopah Mining Company and was instrumental in having its 100-stamp cyanide mill built here in 1906.  In 1907, the town boomed with the construction of the T. & G. R.R.’s repair shops and another large mill.  The population grew to 274 in 1910, when the town boasted a business district and post office.  By 1911, the railroad shops and a mill had been moved away, and Millers began to decline.  It was abandoned in 1947 when the railroad went out of business.