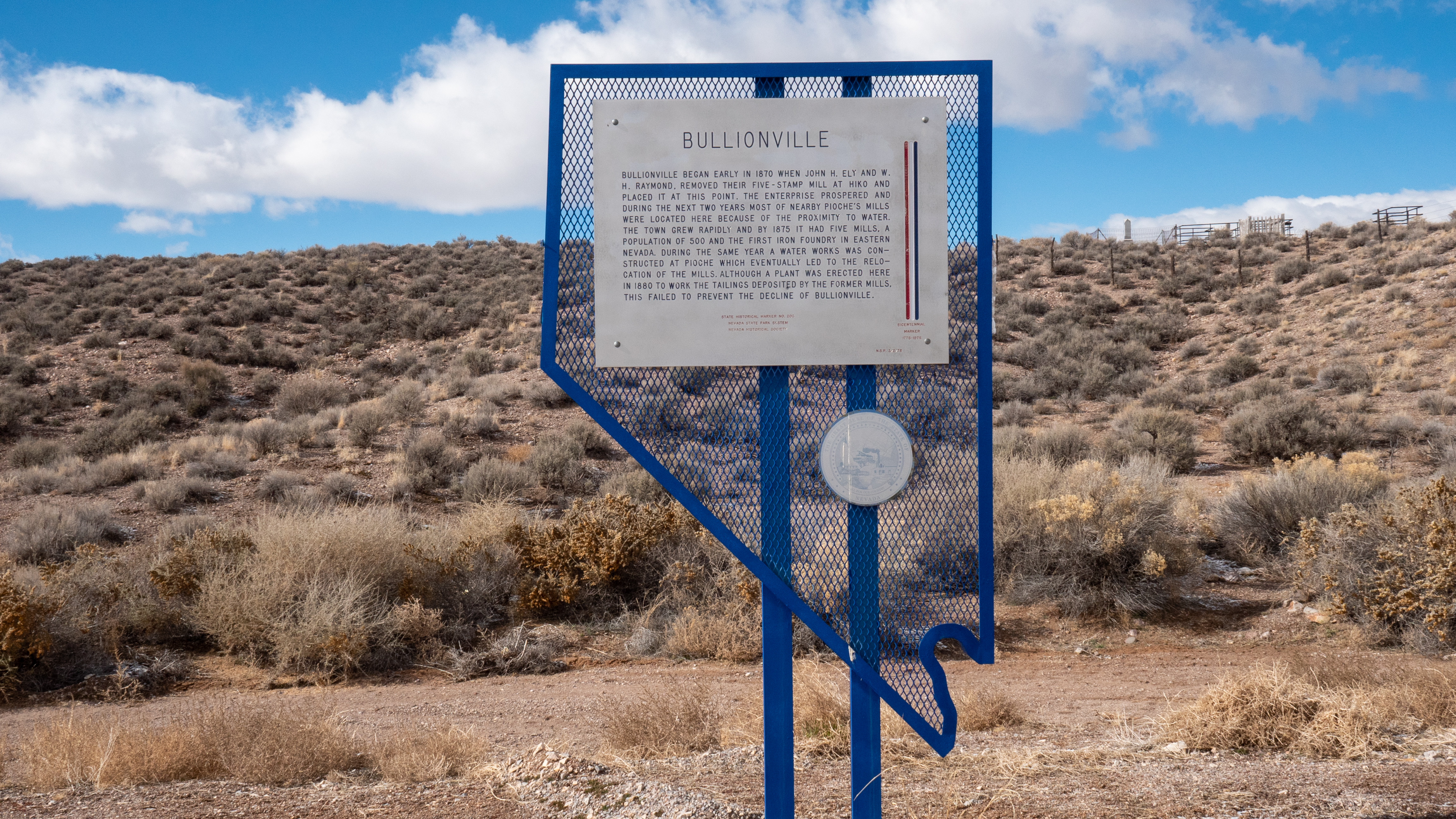 Bullionville began early in 1870 when John H. Ely and W. H. Raymond, removed their five-stamp at Hiko and placed it at to this point.  The enterprise prospered and during the next two years most of nearby Pioche’s mills were located here because of the proximity to water.  The town grew rapidly and by 1875 it had five mills, a population of 500, and the first iron foundry in eastern Nevada.  During the same year a water works was constructed at Pioche, which eventually led to the relocation of the mills.  Although a plant was erected here in 1880 to work the tailings deposited by the former mills, this failed to prevent the decline of Bullionville.