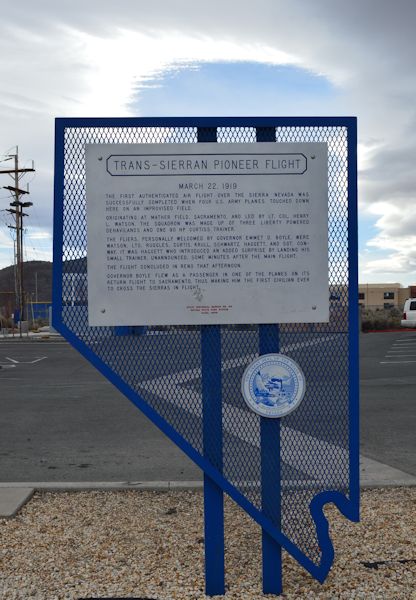 The first authenticated air flight over the Sierra Nevada was successfully completed when four U.S. Army planes touched down here on an improvised field.

Originating at Mather Field, Sacramento, and led by Lt. Col. Henry L. Watson, the squadron was made up of three Liberty-powered Dehavillands and one 90 hp Curtiss Trainer.

The flight concluded in Reno that afternoon.

Governor Boyle flew as a passenger in one of the planes on its return flight to Sacramento, thus making him the first civilian ever to cross the Sierra in flight.