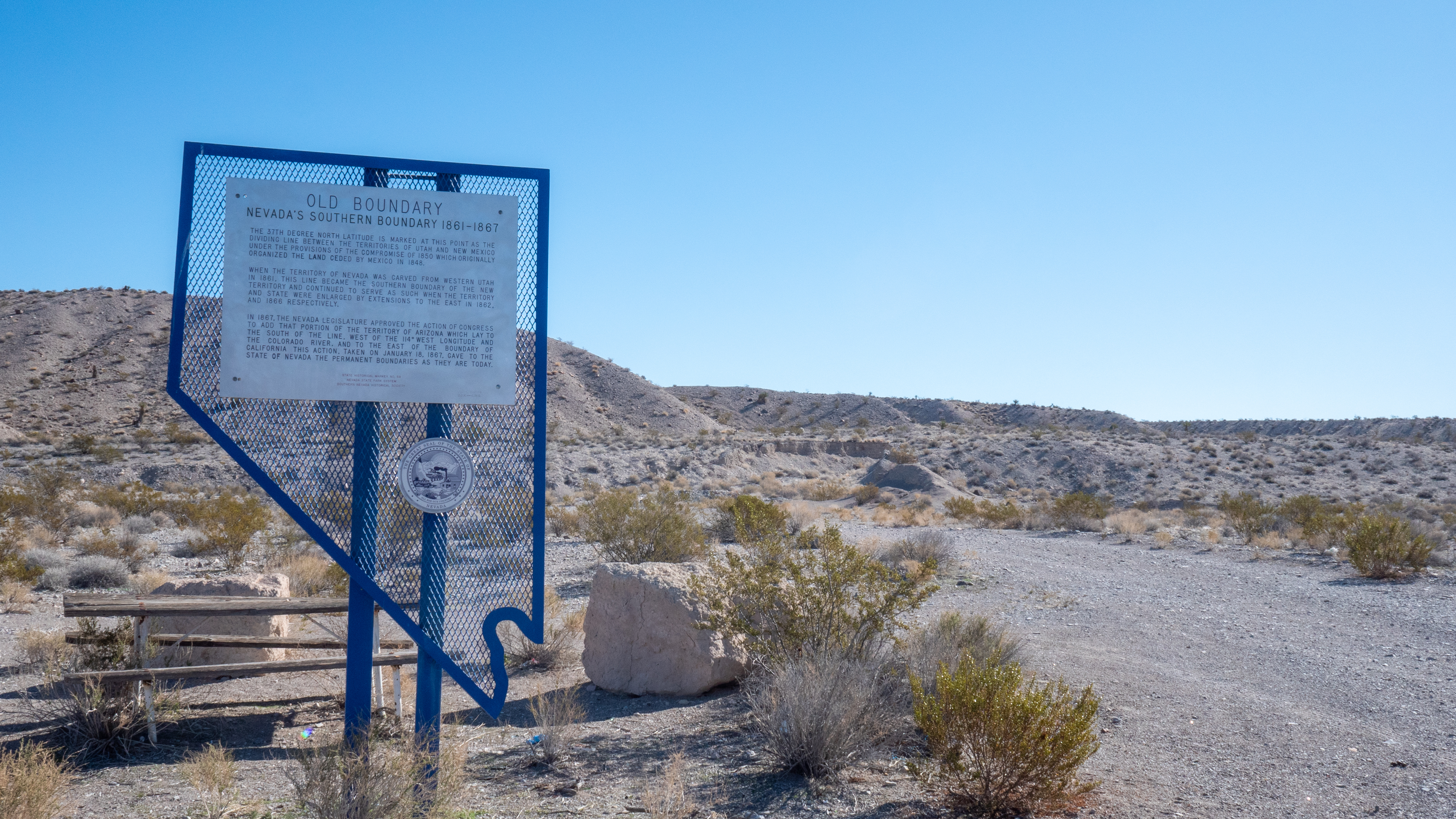 The 37th degree north latitude is marked at this point as the dividing line between the territories of Utah and New Mexico under the provisions of the Compromise of 1850 which originally organized the land ceded by Mexico in 1848.

In 1867, the Nevada legislature approved the action of Congress to add that portion of the territory of Arizona which lay to the south of this line, west of the 114 west longitude and the Colorado River, and to the east of the boundary of California.  This action, taken on January 18, 1867, gave the state of Nevada the permanent boundaries as they are today.