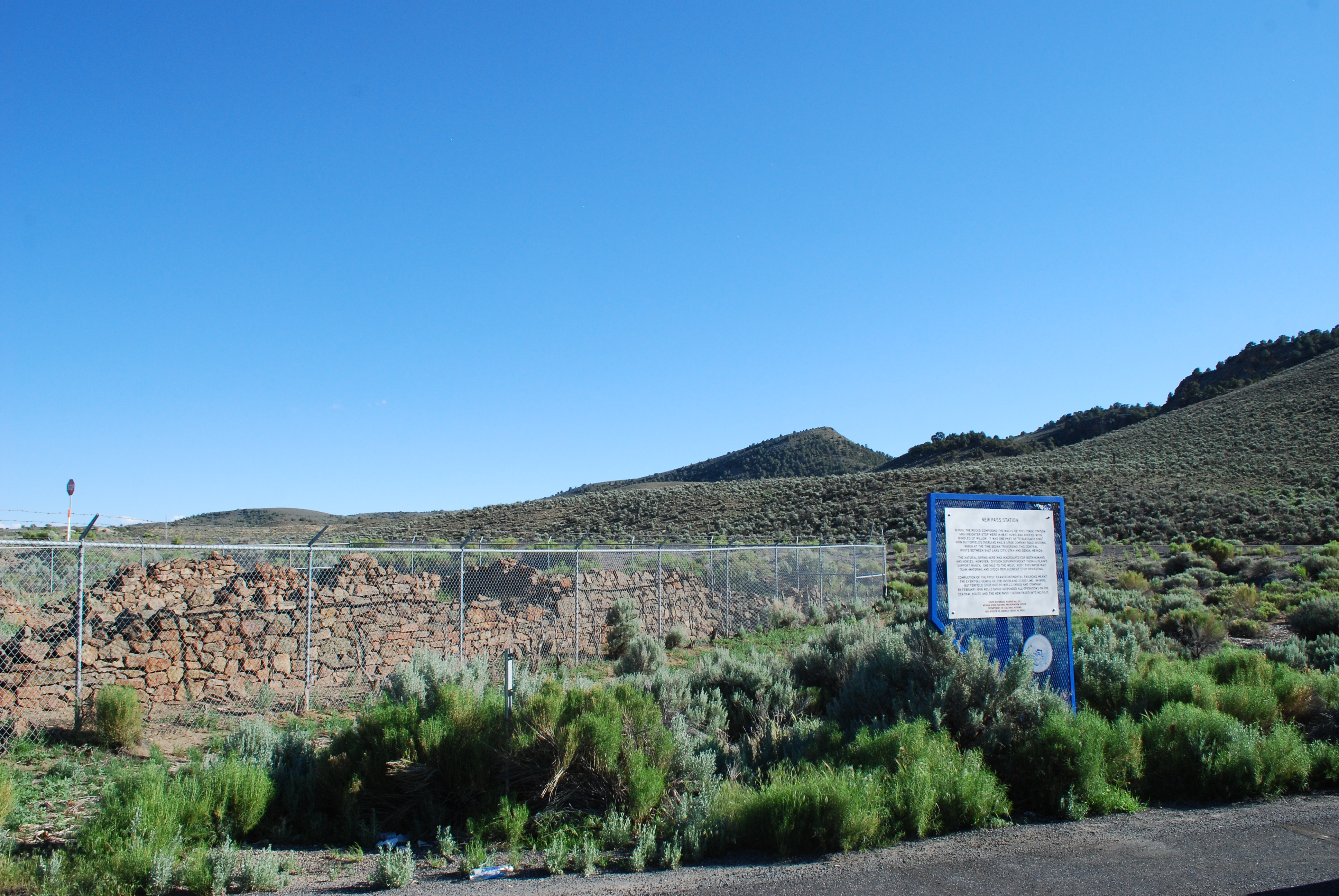 The rocks composing the walls of this stage station and freighter stop were in neat array and roofed with bundles of willow twigs in July 1861, when John Butterfield’s Overland Mail & Stage Company began traversing this Central or Simpson Route between Salt Lake City and Genoa, Nevada.

The spring on the hill was inadequate for both humans and horses.  However, Division Superintendent Thomas Plain’s support ranch, one mile to the west, kept this important team-watering and replacement-stop operating.

Completion of the first transcontinental railroad spelled the eventual demise of the Overland Stage line.  Butterfield sold out to Wells, Fargo & Company in 1866, which suspended all operations on the Central Route in February 1869.  The company continued to operate their diverted equipment on other lines until the early 1870s.