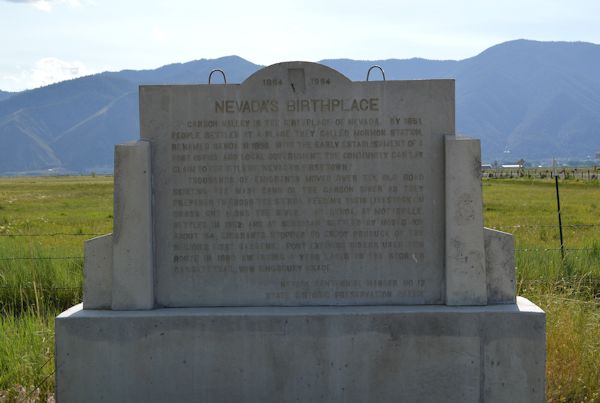 Carson Valley is the Birthplace of Nevada.  By 1851, people settled at a place they called Mormon Station, renamed Genoa in 1856.  With the early establishment of a post office and local government, the community can lay claim to the title of “Nevada’s first town.”

Thousands of emigrants moved over the old road skirting the west bank of the Carson River as they prepared to cross the Sierra, feeding their livestock on grass cut along the river.  At Genoa; at Mottsville, settled in 1852; and at Sheridan, settled by Moses Job about ’54; emigrants stopped to enjoy produce of the region’s first gardens.  Pony Express riders used this route in 1860, switching a year later to the shorter Daggett Trail, now Kingsbury Grade.