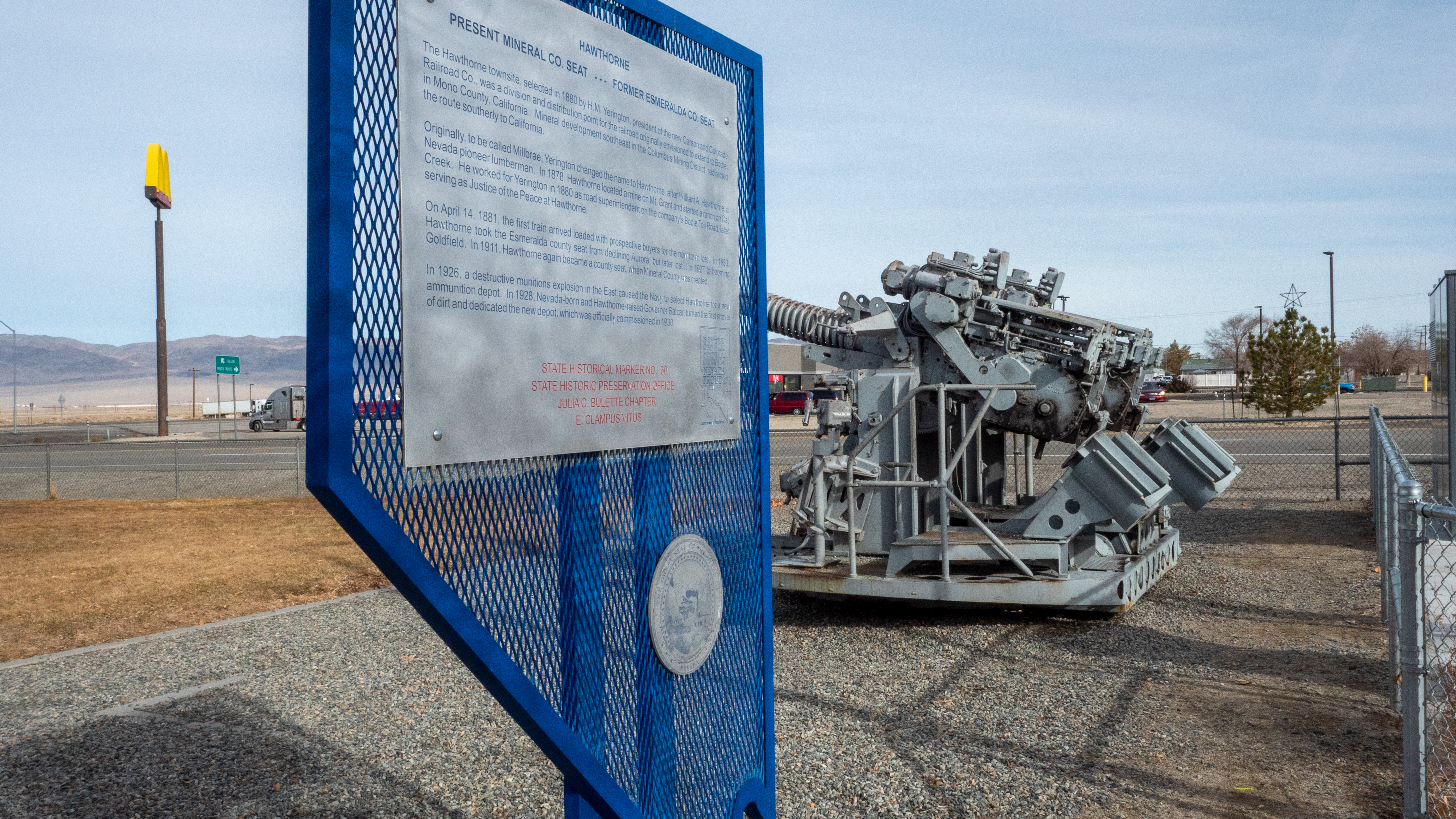 The Hawthorne townsite, selected in 1880 by HM. Yerington, president of the new Carson and Colorado Railroad Co., was a division and distribution point for the railroad originally envisioned to extend to Bodie, in Mono County, California. Mineral development southeast in the Columbus Mining District, redirected the route southerly to California.

Originally, to be called Millbrae, Yerington changed the name to Hawthorne, after William A. Hawthorne, a Nevada pioneer lumberman.  In 1878, Hawthorne located a mine on Mt. Grant and started a ranch on Cat Creek.  He worked for Yerington in 1880 as road superintendent on the company’s Bodie Toll Road, later serving as Justice of the Peace at Hawthorne.

On April 14, 1861, the first train arrived loaded with prospective buyers for the new town lots.  In 1883, Hawthorne took the Esmeralda county seat from declining Aurora, but later lost it in 1907 to booming Goldfield.  In 1911, Hawthorne again became a county seat, when Mineral County was created.

In 1926, a destructive munitions explosion in the East caused the Navy to select Hawthorne for a new ammunition depot.  In 1928, Nevada-born and Hawthorne-raised Governor Balzar, turned the first shovel of dirt and dedicated the new depot, which was officially commissioned in 1930.