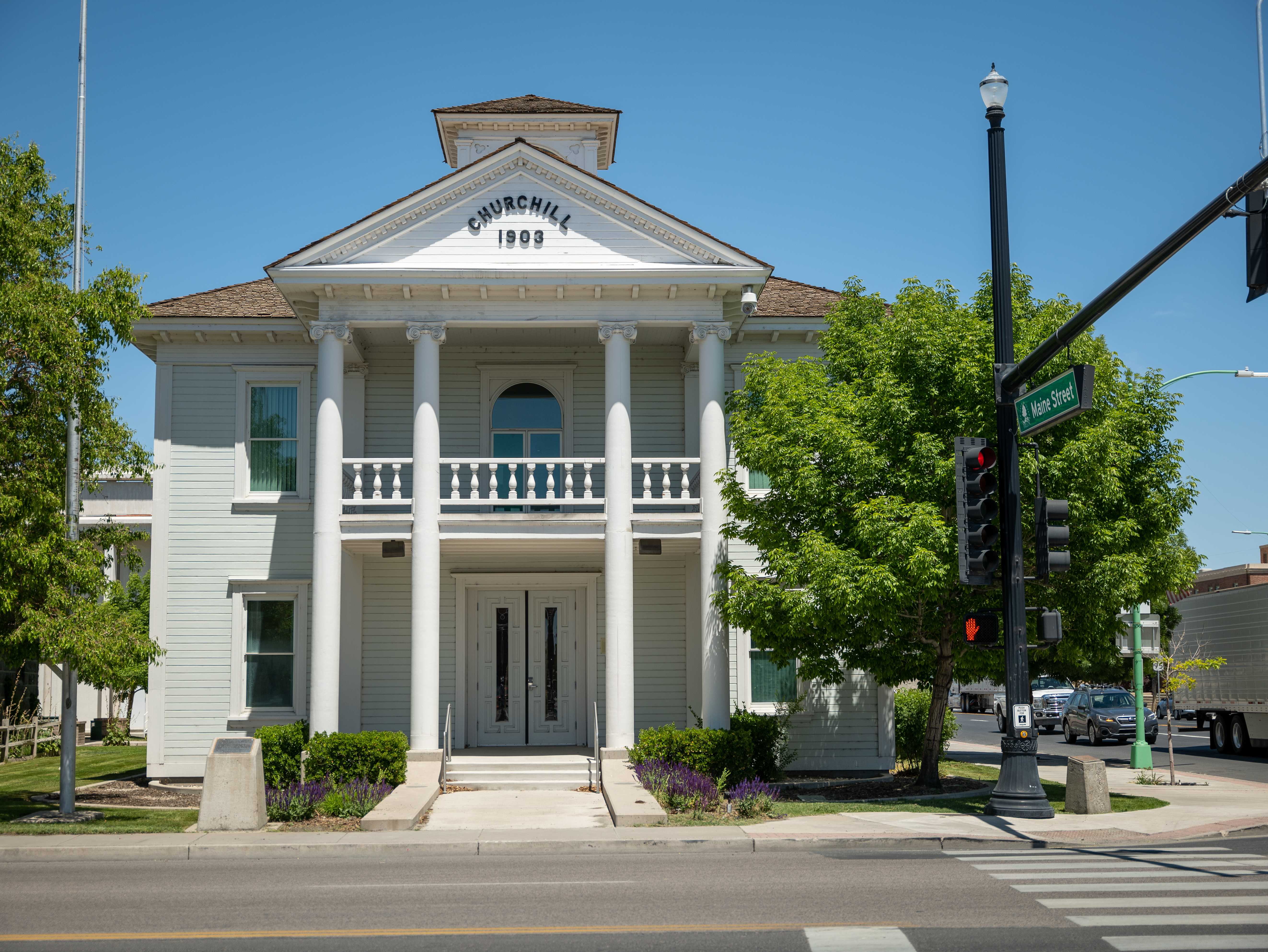 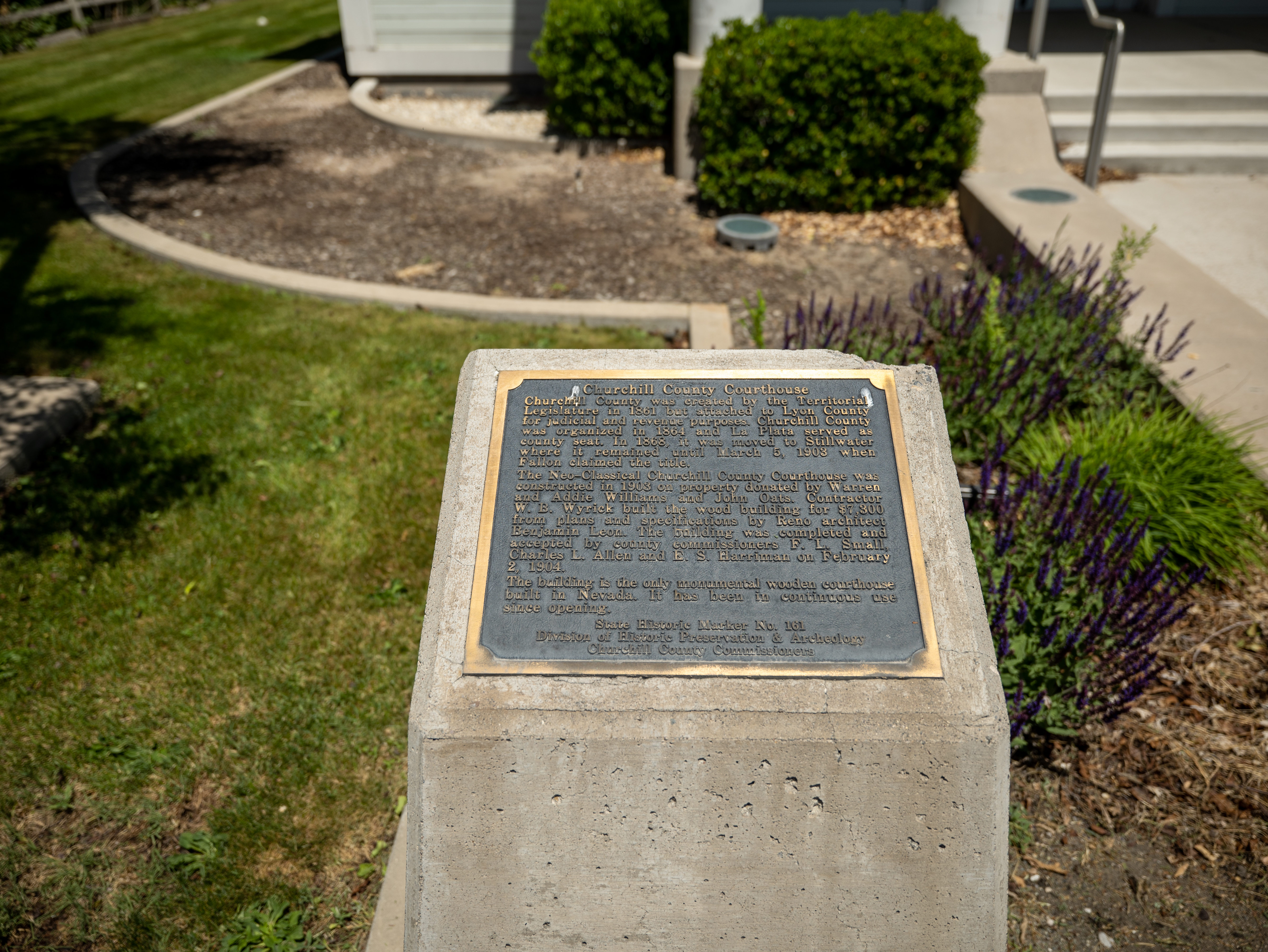 Churchill County was created by the Territorial Legislature in 1861 but attached to Lyon County for judicial and revenue purposes.  Churchill County was organized in 1864 and La Plata served as county seat.  In 1868, the local government moved to Stillwater where it remained until March 5, 1903 when Fallon claimed the title.

The Neo-Classical Churchill County Courthouse was constructed in 1903 on property donated by Warren and Addie Williams and John Oats.  Contractor W.B. Wyrick built the wood building for $7,300 from plans and specifications by Reno architect Benjamin Leon.  The building was completed and accepted by county commissioners F.L. Small, Charles L. Allen and E.S. Harriman on February 2, 1904.

The building is the only monumental wooden courthouse built in Nevada.  It has been in continuous use since opening.