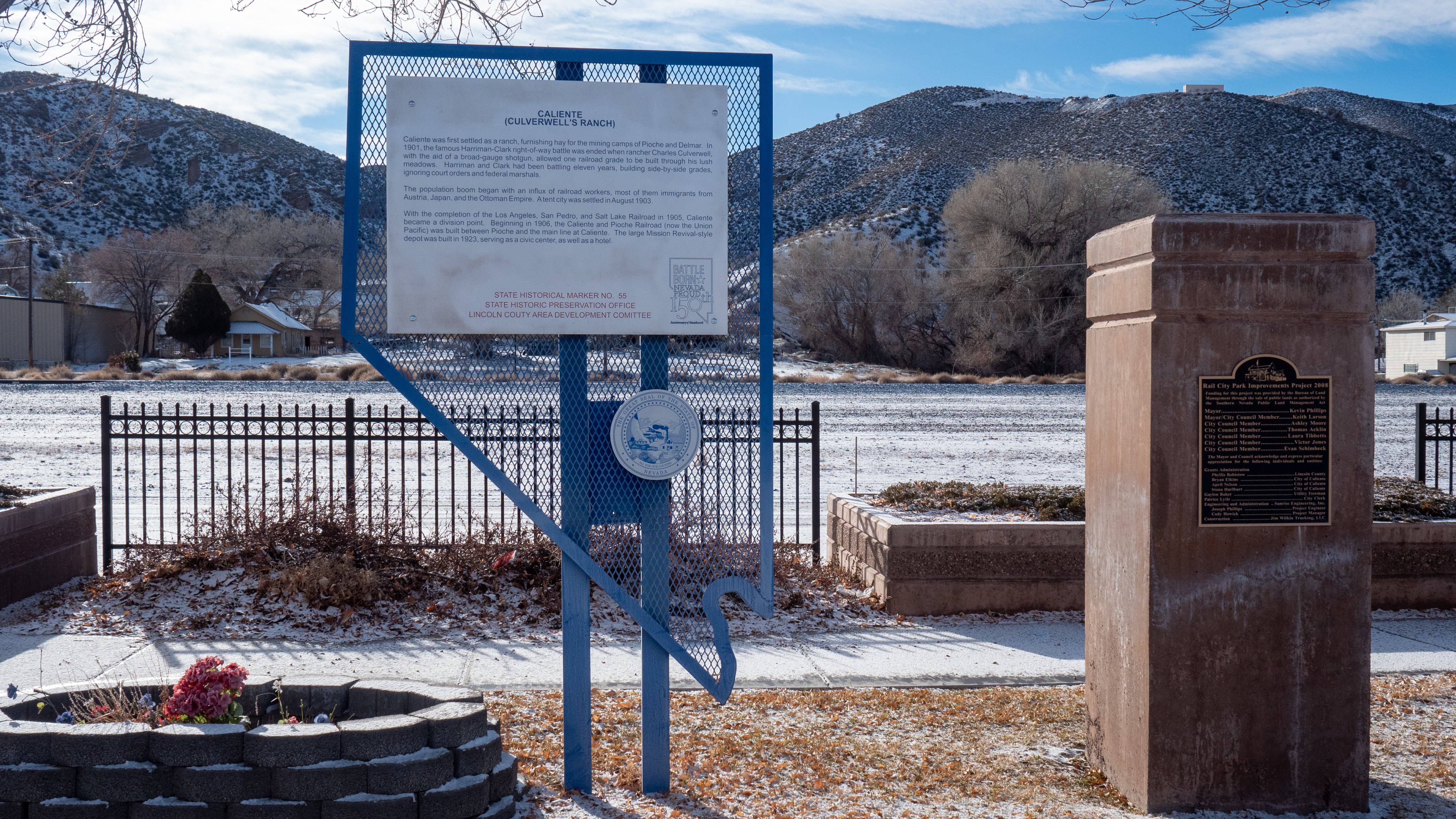 Caliente was first settled as a ranch, furnishing hay for the mining camps of Pioche and Delmar.  In 1901, the famous Harriman-Clark right-of-way battle was ended when rancher Charles Culverwell, with the aid of a broad-gauge shotgun, allowed one railroad grade to be built through his lush meadows.  Harriman and Clark had been baffling eleven years, building side-by-side grades ignoring court orders and federal marshals.

The population boom began with an influx of railroad workers, most of them immigrants from Austria, Japan, and the Ottoman Empire.  A tent city was settled in August 1903.

With the completion of the Las Angeles, San Pedro, and Salt Lake Railroad in 1905, Caliente became a division point.  Beginning in 1906, the Caliente and Pioche Railroad (now the Union Pacific) was built between Pioche and the main line at Caliente.  The large Mission Revival-style depot was built in 1923, serving as a civic center, as well as a hotel.