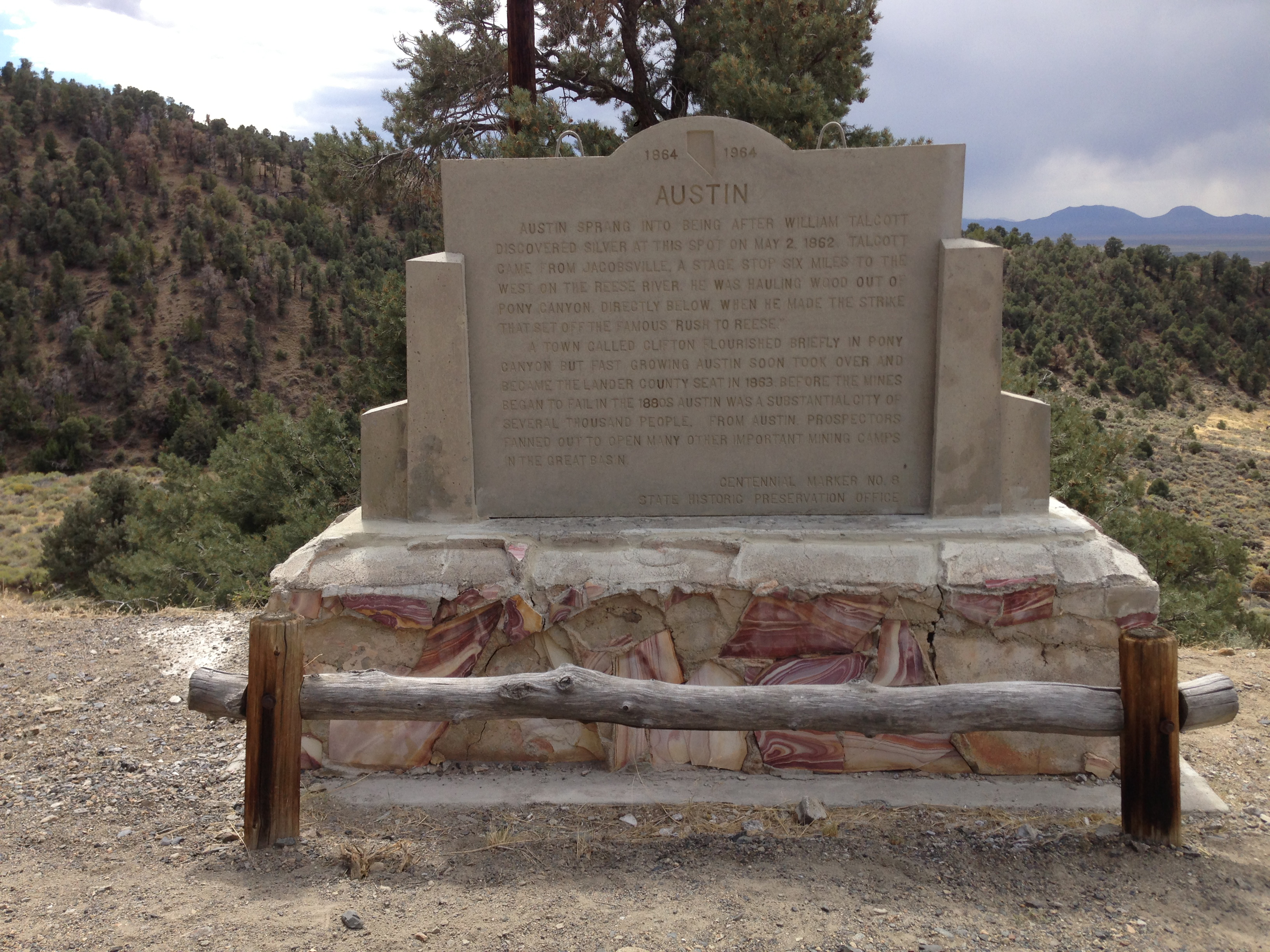 Austin sprang into being after William Talcott discovered silver at this spot on May 2, 1862.  Talcott came from Jacobsville, a stage stop six miles to the west on the Reese River. He was hauling wood out of Pony Canyon, directly below, when he made the strike that set off the famous “Rush to Reese.”

A town called Clifton flourished briefly in Pony Canyon but fast growing Austin soon took over and became the Lander County seat in 1863. Before the mines began to fail in the 1880s Austin was a substantial city of several thousand people.  From Austin, prospectors fanned out to open many other important mining camps in the Great Basin.