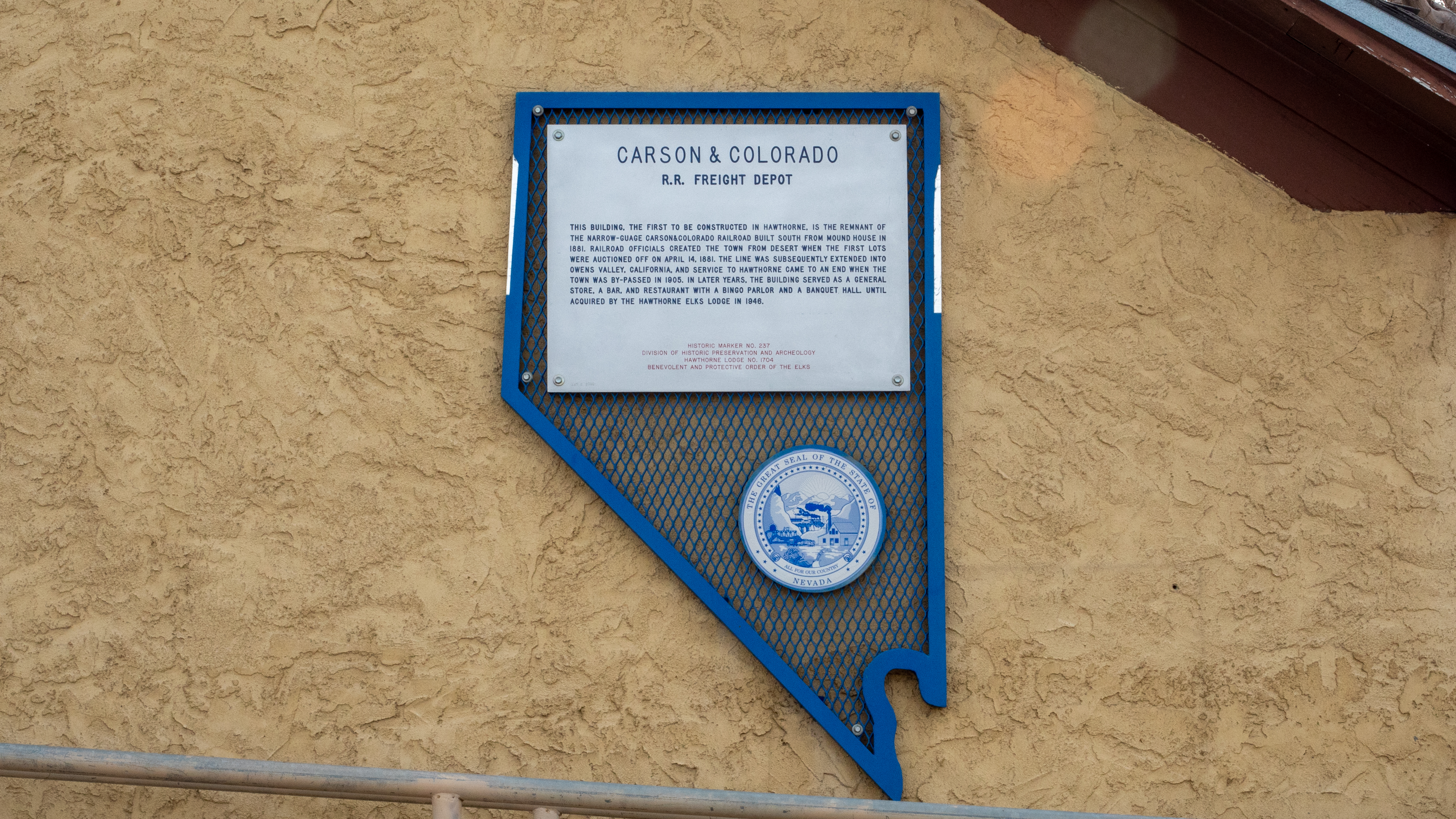 This is the first railroad building to be constructed in Hawthorne. It is the remnant of the narrow-gauge Carson and Colorado Railroad built south from Mound House, near Virginia City in 1881.  Railroad officials laid out the town in the desert and the first lots were auctioned off on April 14, 1881.  The line was subsequently extended into Owens Valley, California, with rail service to Hawthorne coming to an end when the town was bypassed in 1905.  In later years, this building served as the general store of J. E. Adams and Senator John H. Miller, a bar and restaurant with a bingo parlor, and a banquet hall, until acquired by the Hawthorne Elks Lodge in 1946.

BENEVOLENT AND PROTECTIVE ORDER OF THE ELKS